Owens Corning is more than just a trusted name, we are a market leader in roofing shingles, underlayment and components products. Our systems look better, last longer and offer more choices to perfectly fit your project.

Pick Your Shingles Find a Contractor

The look of a roof can have a significant impact on the overall design and perceived value of a home. After all, the roof can make up half of a home’s exterior.

Build Your Roof™ empowers you to select each layer and component that goes into your Total Protection Roofing System®+ so that you get the roof you want to protect your home.

Owens Corning® Roofing offers one of the best warranties in the industry. We make it easy to learn about our roofing warranties, so you can find the best coverage option for your home.

You see a beautiful roof. We see a world of science at work. A system of highly engineered components, designed, built and tested to deliver total protection for your home. It’s advanced science—for performance and beauty designed to last.

Owens Corning® is honored to have earned the 2021 Women’s Choice Award® as America’s Most Recommended™ Roofing Products. This award is given by women for women.  It is based on a national survey that measures brand preference by female consumers.

You are a person inspired by color, art, nature, and fashion.  And you’ve come to the right place to get inspiration for the face of your home. This especially includes the roof—potentially up to 40% of your home’s overall exterior. Be overwhelmingly happy every day when you pull up into your driveway—let us help.

Add Contrast and Dimension to any Roof with TruDefinition® Duration® Shingles

TruDefinition Duration Shingles are specially formulated to provide dramatic color contrast and dimension to any roof.  These shingles are available in all the popular colors. Beyond the impressive curb appeal, they also come with the advanced performance of patented SureNail® Technology—a technological breakthrough in roofing.

Find a Store or Distributor Near You

Where to Buy
Platinum Contractor Spotlight

Chad began his career in the roofing industry in 1996. Out of a desire to provide quality and excellence in customer service, Chad launched his own company, CLC Roofing, Inc. in 1999. He takes pride knowing that the company he built has thousands of happy customers.

Chad is a 1995 graduate of Texas A&M where he was a member of the Corps of Cadets. From 2017 to 2018, he served on the Owens Corning Advisory Board. He has also been awarded the Bright Star Award, as well as, the Product Excellence Award. 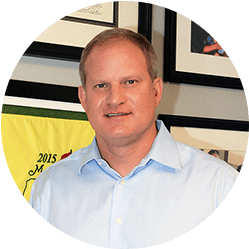